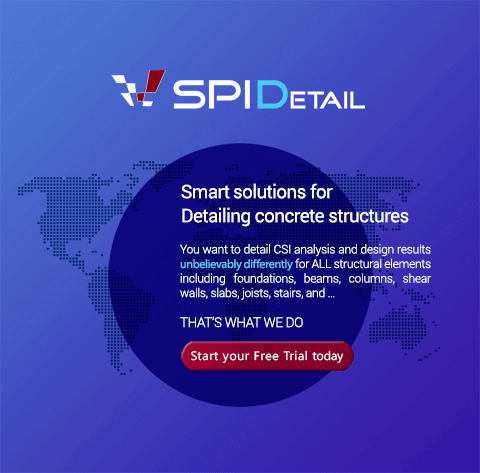 As stated before, in SPIDetail longitudinal sections of beams are detailed based on level by level method for each beam on each story.

In the other hand, if some beams have the same geometrical position in different stories (similar beams), not all of them are needed to be detailed. A beam may represent its similar ones in the project to avoid overcrowding detailing sheets.

For similar beams, however, specifications of longitudinal section like main rebars, added rebars and beam cross sections can be shown in two styles:

In Maximum values style again one geometry represents all beams of different stories with same geometrical position, but instead of detailing specifications of main rebars, added rebars, etc. for each level, all of these specifications are detailed based on maximum values of all levels.